Indigenous people and their allies need to confront the uneducated opinions that lead to the racism we’ve seen in the prairies, writes Nickita Longman
Share This

The past two weeks have been a stark reminder that racism still runs rampant within the prairies. After Colten Boushie, a 22-year-old Indigenous man, was brutally murdered at the hands of farmer Gerald Stanley, the province of Saskatchewan showed its deep racial divides to the world.

Social media became a platform in which the simmering racial hatred in this province boiled over into the mainstream. Racism became so apparent that Saskatchewan’s premier (who isn’t exactly known for his relationship with Indigenous people) pleaded for the hatred to stop, claiming it “has no place in Saskatchewan.” Brad Wall’s public condemnation only further outed racists that call this place home, and his post quickly became a breeding ground for hate speech.

Likely the most common and exhausted rebuttal in defence of Stanley falls under a loose rhetoric: Stanley was protecting his land from a car full of Indigenous youth experiencing car trouble. In other words, a settler man is validated in murdering an Indigenous person over dominance of the land. Sound familiar?

In order to reason with these circumstances further, we must acknowledge what it means when we say “land.” The murder that took place on August 9 happened on Treaty 6 Territory. It is incredibly important to understand that the way settler people treat the land is a direct link to the way they treat Indigenous people. Indigenous people are not separate from the land—it’s not a part of our belief systems. If a settler is unable to respect land and treaty, we cannot expect that they will respect Indigenous lives. This is evident in the racist and murderous actions of Stanley and his supporters.

So what do you do if you’re a settler and an ally?

If Stanley’s trial wasn’t enough of an indication, Indigenous people are fierce supporters and protectors of their own kind. We’ve had no other choice. Not once in history has there been a third party that has come to the defense of Indigenous well-being. And while mourning another life lost is devastating, support and community organizing on any scale can be labour-intensive and exhausting. It is crucial that we rely on allies to step up and confront the uneducated and racist opinions of others during these trying times that happen all too often. We need allies to challenge colonial ideas that are still held within the RCMP, mainstream and local media and the justice system. We need allies to hold them accountable for their actions.

And to the Indigenous community:

Nickita Longman is from Treaty 4 Territory of Turtle Island. Originally from George Gordon First Nation, Nickita graduated from the First Nations University of Canada with a BA in English in 2013. She works as a publicist for the University of Regina Press and an Indigenous Program Coordinator for the Saskatchewan Writers’ Guild in Regina. 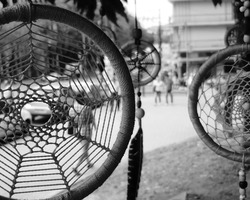 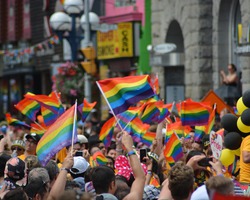 What does it mean to be an LGBTQ ally?

Listen, learn and challenge yourself 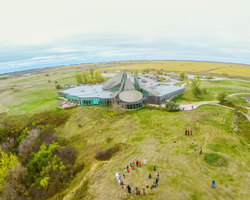