A group of women in St. John's are fusing traditional Indigenous music with contemporary folk, and making waves in the east coast music scene.

Eastern Owl is an all-women drum group from St. John’s, Newfoundland and Labrador that started four years ago at the St. John’s Native Friendship Centre.

In the beginning, the group carried traditional music out into the community, to bring more awareness about Mi’kmaq traditions and cultural practices to those who may not be familiar with them. They worked hard for years to show those songs respect and to do them justice, and eventually began to compose their own music, fusing modern with traditional.

Eastern Owl’s seven members (a powerful number to them because of the seven directions and teachings) are Jenelle Duval, Stacey Howse, Natasha Blackwood, Rebecca Sharr, Danielle Benoit, Kayla Stride and Jaime O’Leary. Everyone lives in town, some work at the Friendship Centre and some in other organizations.

Through their performances they help others learn about Indigenous culture, but members also get a lot out of being in the group.

“The benefit is in the music, and it’s in the connections that we form with the community. It’s getting to know new people and getting to share with them Indigenous music and our culture,” said Jenelle Duval. “Getting to educate people, and people asking questions and really just digging our music.”

The women in Eastern Owl have created a sense of family, Duval added. “We all care for each other a lot. We lift each other up. A lot of the time we support each other in all projects, in all aspects of life, from being in this drum circle together.”

For Stacey Howse, the group has helped her to stay connected to her culture after moving from a reserve to the city. And for Natasha Blackwood, who didn’t grow up surrounded by Aboriginal culture, it’s an opportunity to learn and explore Indigenous traditions.

The group performs around St. John’s at cultural and community events, at universities, schools and festivals. They were recently featured at St. John’s independent arts festival Lawnya Vawnya and speak highly of their trip to Happy Valley-Goose Bay, Labrador for the To Light the Fire symposium put on by ArtsNL in November.

The media attention the group has received lately wasn’t expected. But people seem to be loving the chance to learn about Indigenous culture and follow along as the seven members go on their own personal journeys through traditional Indigenous music and crafting songs.

Eastern Owl is currently finalizing songs for their first album and will self produce a debut record over the coming weeks and months. The group is hoping to have the recording and producing done by August, in time for the Newfoundland and Labrador Folk Festival that month.

To find out more about Eastern Owl, check them out on Facebook and Soundcloud. 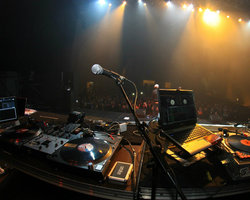 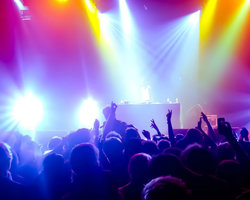 Buffy Sainte-Marie takes home the Polaris Music Prize, one year after Tanya Tagaq was selected for the prestigious award