Fighting for our rights in the courts

The Ktunaxa Nation Council’s court challenge is headed to the Supreme Court, where they will argue that their section 2 rights as outlined in the Charter of Rights and Freedoms must be taken into account by statutory decision makers on the Jumbo ski resort proposal. While the context of this case is new, Indigenous peoples in Canada have a long history of fighting for their rights in the courts.

Court cases on Indigenous peoples’ use of land and spirituality in particular have become more frequent in Canada. We pulled together a list of some fo the more prominent cases in recent years.

What happened: The Yukon government approved a grant of surrendered land to an external party. The Little Salmon/Carmacks First Nations claimed the government proceeded without consultation. Government argued the modern treaty is a complete code, and does not refer to consultations for land claims.

The big question: Does the government’s duty to consult with First Nations communities exist even in the context of a modern treaty?

The verdict: The duty to consult, the Court ruled, is grounded in the honour of the Crown, and forms part of the legal framework which informs both modern and ancient treaties.

What happened: The three respondents were charged with unlawful possession and cutting of Crown timber. The defence argued they possessed an Aboriginal right and a treaty right to harvest timber for personal use.

The big question: Can practices undertaken for survival in pre-contact amount to Aboriginal rights?

The verdict: The Supreme Court found the regulation infringed the Aboriginal right, and the Crown made no argument for extinguishment or justification. The Crown’s appeal was dismissed.

What happened: The Delgamuukw claimed title to a plot of land of over 58,000 sq. km on the basis that Aboriginal title was never extinguished.

Why it matters: This case sets out the precedent for determining the existence of Aboriginal title in Canadian courts.

The verdict: The Supreme Court reaffirmed the existence of Aboriginal title, and further that it is inalienable, and given full protection under s.35(1) of the Constitution Act. The Court also rules that provincial governments never had the jurisdiction to extinguish Aboriginal title because it falls under federal jurisdiction.

What happened: Four Aboriginal persons were charged with having cut trees, camped, and set fires at places not designated for such purposes at Jacques Cartier Park.

The big question: Do agreements made in the 18th century constitute a treaty that protect Indigenous rights to these activities?

The verdict: The Supreme Court unanimously upheld the 1760 document submitted into evidence as treaty. The document was signed by General Murray, and guaranteed the Hurons the free exercise of their customs and religion. 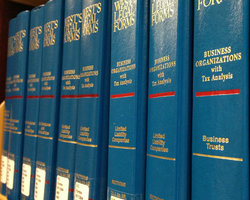 A useful source for legal information 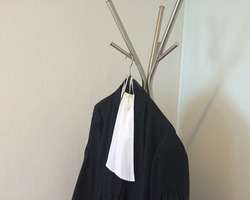 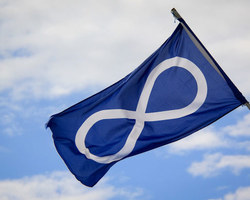 What does the Daniels case ruling mean?

Parsing out the Supreme Court of Canada's unanimous decision