Get to know an Indigenous Youth Campion from the Labrador Friendship Centre.
Share This

Lianna is an Inuk Youth Champion from the Labrador Friendship Centre in Happy Valley-Goose Bay, Newfoundland and Labrador. She is passionate about mental health awareness, suicide prevention, and the well-being of Indigenous and non-Indigenous youth in Labrador. Having worked on several environmental research projects, she identifies as an environmentalist. As the Aboriginal Youth Director at the Labrador Friendship Centre, Lianna is involved with youth initiatives in Upper Lake Melville including the Sexual Health Information Exchange Labrador District Labrador (SHIELD) Advisory Committee. SHIELD is a youth-led, adult supported sexual health and wellness initiative that works through creating Arts, Culture and Technology (ACT) opportunities for youth across Labrador.

Lianna advocates for youth mental health at local, provincial, national and international levels. She has been involved in Labrador Inuit mental health initiatives such participating as a motivational speaker at Suicide Prevention and Life Promotion Week in Hopedale, Newfoundland & Labrador. Lianna also spoke on a suicide prevention panel at the most recent National Inuit Youth Summit in Nain, Nunatsiavut, and most recently she was a youth guest speaker at Nunatsiavut Youth Symposium.

Lianna represented the federal riding of Labrador in Daughters of the Vote, a conference that celebrated the 100th anniversary of some women’s right to vote in Canada, by promoting 338 young women to become involved in politics and advocacy by taking their seats in the House of Commons. There she delivered a speech on the importance of including Inuit voices while addressing the issue of suicide in Inuit communities. She went on to discuss this topic with Prince Charles and Duchess Camilla during their visit to Ottawa, Ontario for Canada Day 2017.

She has most recently met with The Governor General of Canada, Julie Payette, in her community to advocate for alternative mental health resources in Newfoundland & Labrador and to discuss her work she as the Treasurer of the National Aboriginal Youth Council (AYC) for the National Association of Friendship Centres (NAFC). She holds portfolios for The Pathways for Engagement and Knowledge Exchange (PEKE) program, The Urban Aboriginal Knowledge Network (UAKN), Indigenous Youth Voices (IYV), and We Matter. Lianna has also had the opportunity to advocate for Inuit on an international level at the United Nations Permanent Forum on Indigenous Issues.

Lianna passionately believes that mental wellness and suicide prevention for all ages can be achieved in many ways; through cultural continuity, the development of healthy communities, and the empowerment of youth. When asked about her role as a youth leader in addressing violence against Indigenous women and girls Lianna stated, “I live in a community that has the 6th highest violence against women in the country, and I work to try to create spaces for people to talk about what their experiencing in their lives to try to connect them to resources and help in addition to a safe place to talk with peers.” 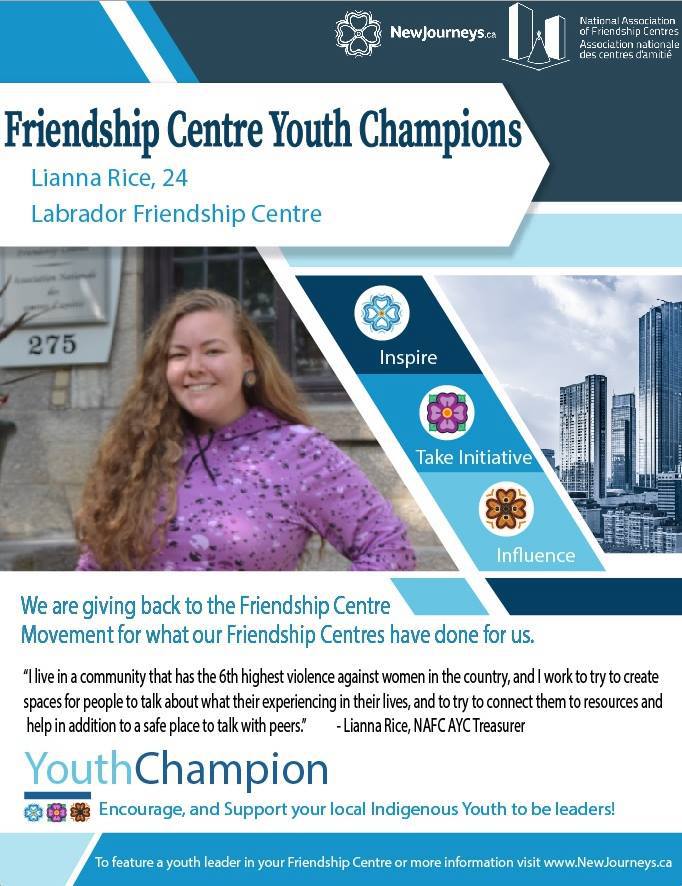 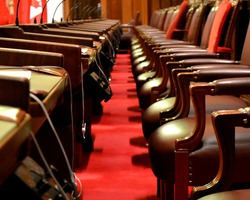 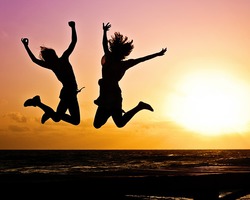