“You’re going to die here,” he said, and I almost did.
Share This

The scariest feeling in the world is knowing you’re going to die a violent, painful, and terrifying death. That the rest of your life is over, right now.

I was living in Alberta the night I was attacked. My assailant pulled me into alleyway just off the main street in town. He was choking me while he forced himself inside of me. “You’re going to die here,” he said, and I almost did.

I only got away because some people happened to walk by the alleyway. He took off and I begged for their help. I’ve never enjoyed sex at all since. I hate it. All I’ve ever wanted is someone to hold me and protect me. Being victimized isolates you. I became so desensitized to violence that I began to expect it. In a weird way, I felt like I found myself looking for it.

I was living a dangerous life on the streets then, but I’ve been sober for five years now. I’m an elder and counsellor now, leading sharing circles and a women’s sweat lodge. I believe I went through all that suffering and pain so I could help other women heal, and get clean. 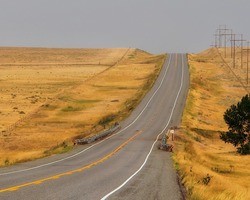