Lani Elliott's harrowing story of violence and escape
Share This

Lani Elliott grew up in foster care in a small town in Saskatchewan. As a child, she dreamed of working in law enforcement, and at the age of 19, joined the RCMP as a special constable, hoping to one day become a regular member of the police force. Unfortunately, Lani’s dreams were shattered when her marriage ended in an unspeakable act of violence that left her with broken legs, homeless and with two small children to raise on her own.

Lani has found light after all the darkness, after escaping violence. Today, she travels all over Canada sharing her message of hope and inspiring positive change in those who may be struggling with the many issues related to domestic violence, including self worth, and positive mental health. 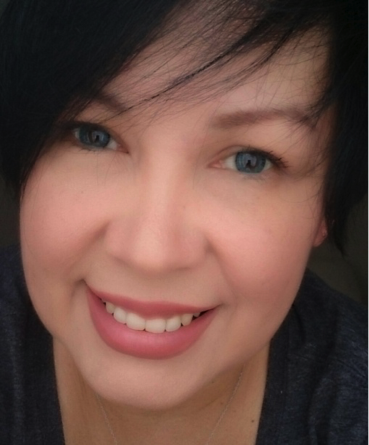 The following is an excerpt from her detailed, powerful story. The full text can be found here (trigger warning; this is very violent).

I did not hesitate. I pulled the passenger side door open, while unclipping my seatbelt as quickly as I could, and sprinted out the door, forgetting all about the chain in my haste. Although my legs were still sore from the last beating that I had endured, I was pretty sure that I could get at least a good running start.

I could see a farmhouse farther down the road and prayed that it was not abandoned. I thought that maybe, by some miracle, someone could save me. As I did not take the time to look behind me, I was not prepared for the first blow. Something struck me in the back of the head, and still I kept on running. A second blow came and I was seeing stars, but I was not about to stop. The third strike, however, caught me at the back of my knees, and to my horror, I could feel the ground coming up at me. That’s when I realized that it was not his fist that he had been hitting me with. As I tumbled to the ground, I rolled and came up facing him. In his hands he held an aluminum baseball bat, and as he raised the bat above his head to strike, I could see the sun glinting off the silver and red logo emblazoned on its side. He smiled again.

I do not remember how many times he struck me, but I do remember vividly what he had said in his murderous rage. He lamented about his life, and how difficult it was to find a woman who was not a treacherous bitch. He ranted about his mother, and how even she had betrayed him, by leaving him to endure the beatings of his father. His words seemed to be coming faster and faster, just words, words, words. He was no longer coherent, and his breathing was becoming labored from the effort he had put forth in swinging the baseball bat.

Suddenly, he was crying as he stood above me, and I knew it was the end. I remember looking up at the tops of the trees that grew along the side of the road. I remember the smell of the rain in the grass, and in the gravel beneath me. I remember hearing the sound of the wind in the leaves as I felt the rain still pelting me with its unrelenting coldness. I truly believed in that moment, that I was about to die, and I resigned myself to it. They say that your whole life flashes before your eyes when you are staring death down, but until that moment I had never believed it. Suddenly a whole multitude of images played themselves out in my head.

I sent one last plea to the heavens before giving up entirely.

“Please God! Please…just give me a reason to get up.” I could hear ringing in my ears, and feel the trickle of blood at the back of my throat, taste its metallic flavor. But above all that, I could also hear the faint sound of crying, a child’s crying! I had forgotten that JD was still sitting in the van. I had completely lost all sense of time or direction, and yet, the sound of my son’s crying was the most beautiful sound in the world to me.

My story is not one of tragedy, and should not be interpreted as such. Despite the many obstacles that I had to overcome to get where I am, or perhaps because of them, my story is a triumphant one! Today, I celebrate life to the fullest, and appreciate each day as a blessing. For it was through my experiences, good and bad, that I discovered my strength, and also my potential to make positive change in the world, one person and one day at a time. — Lani Elliott