Amanda Rheaume is a Métis singer based in Ottawa. She’s made a name for herself in the Canadian music world with her personal, powerful folk/roots music. Her last album, Keep a Fire, was released in 2013 and was nominated for best Aboriginal album of the year at the Junos in 2014.

Rheaume cares deeply about missing and murdered Indigenous women and just released Red Dress, a song meant to raise awareness about the issue and raise money for the Native Women's Association of Canada. She shared some thoughts with New Journeys about Red Dress, the song’s compelling music video and how music can be a part of healing.

What was the inspiration for writing Red Dress?

For a long while I had been wanting to write a song to honour the murdered and missing Indigenous women and girls. I had struggled with how to write this song without it being only terribly sad and depressing. When the verdict for the Cindy Gladue case hit the news I attended a rally in Ottawa put on by Bridget Tolley and was so deeply disgusted by the verdict I started to formulate the idea of writing a song that discussed victim blaming.

Who is the dancer in the music video?

Aria Evans. [Evans is a mixed-race/Mi’kmag dance artist based in Toronto. On her website, she states that by showcasing human stories through her work, her intention is to provoke questions about society. Read more about Aria Evans here.]

The imagery in the video is very powerful. What was the thinking behind this? How did the video come about?

A lot of the imagery for the video was inspired by Jaime Black’s REDress project. The red shawl was designed and created by Twiss and Weber in Ottawa. I wanted to have a woman dancing in wilderness not in a red dress but in something red to honour the lives lost and women missing. Rich Misener directed the video and had the vision to shoot at a reservation area on Lake Ontario just outside of Toronto. The stark background really allowed the colour red to stand out.

How did you get Chantal Kreviazuk on board? What was it like to work with her?

Chantal has been a friend of mine for a while and is an amazing artist, songwriter, humanitarian. I showed her the song and asked if she would be interested in being a part of the project and she was immediately on board. She is a breeze to work with. I recorded the song in Bath, Ontario and she was able to add her part from a studio in Los Angeles.

What messages do you want people to take away from the song?

I hope this song raises awareness for the extreme number of Indigenous women and girls murdered or missing, I hope people realize that these women are mothers, sisters, daughters, aunts etc. I also hope that people reflect on the fact that these women, the victims, aren’t the people to blame for their circumstances. Years of marginalization and discrimination, intergenerational trauma and colonialism have set the stage for this tragic epidemic.

How can music be a part of the healing process when someone, or when communities, have gone through losses?

I believe music is the universal language. I think we are all human, and there aren’t many things that truly separate us as humans and to experience music together and to use music to expose and share an important message can really bring people together.

You performed at an NWAC fundraiser in Ottawa with Matt Mays and Sam Roberts Band last fall. How did you get involved with that benefit?

I was asked to perform at that concert as the opening act. When I got the call and heard that the recipient of the funds was the Native Women’s Association of Canada I was ecstatic. They are in desperate need of funding to continue their amazing work. The concert itself was so much fun to play!

Do you feel like MMIW is getting the attention it deserves in the media these days?

I feel that MMIW is getting more attention that it ever has in the media, which is great. I think more Canadians now than ever are becoming aware not only of MMIW but also of the issues reservations are experiencing across our Nation as well as the ill treatment of Indigenous people in general. I do believe that a lot of these issues stem from a much larger issue and that we have to get to the core and start healing the years of mistreatment and marginalization. 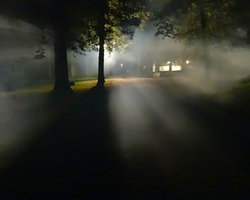 New Journeys contributor emOjicree takes a look at the issue 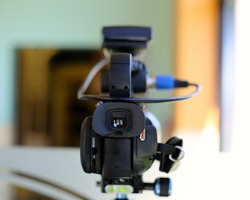 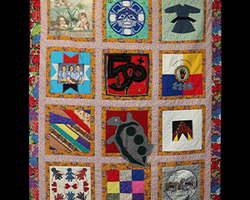