The Indian Residential School Settlement Agreement (IRSSA) was the largest class action settlement in Canadian history. It recognized the damage caused by the residential school system and established multi-million dollar compensation to help survivors in recovery. The implementation of the settlement agreement began on September 19, 2007.

The IRSSA included five main components: compensation for residential school survivors, a specific settlement fund for claims of sexual and physical abuse, establishing the Truth and Reconciliation Commission, allocating an additional $125 million for the Aboriginal Healing Foundation (to keep the organization going until 2014) and a fund for commemorative projects.

Movement towards healing and making amends for the residential school system, and for some compensation for the harms it caused, took place long before the IRSSA was implemented.

In the 1980s, former students launched legal campaigns to push governments and churches to recognize damage done by residential schools. In the 1990s, a number of churches issued formal apologies for their roles in the residential school system.

Restitution for the effects of residential schools was also included within the 440 recommendations in the Royal Commission on Aboriginal Peoples’ (RCAP) final report, released in 1996. The federal government’s response to RCAP was a document called Gathering Strength: Canada's Aboriginal Action Plan, in which the government recognized and apologized for residential schools and established the Aboriginal Healing Foundation.

In 2005, the government announced this significant step in the process towards redressing the wrongs inflicted by the residential schools system—the IRSSA compensation package—to be implemented two years later. 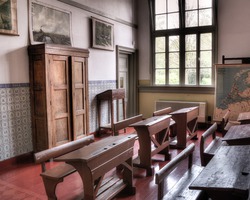