On June 21st, we celebrate National Aboriginal Day. But the national holiday that falls just over a week later always receives substantially more attention, celebration... and disregard for reality.

Canada Day, which will be celebrated for the 150th time next year, has a much longer tenure than National Aboriginal Day, which only had its 20th anniversary this year. However, since Indigenous people have been on this land for upwards of 20,000 years, it seems like the recognition is disproportionate.

While some Indigenous people choose to celebrate Canada Day, there are others that despise the fireworks over land that has been occupied, stolen, or misused by way of broken promises and unfulfilled Treaties. Because of this, many Indigenous people consider themselves Natives first, and Canadians second – if at all.

Canada is often praised for its progressiveness, but it still lags behind in fostering equality for all its citizens, most especially Indigenous people. Aboriginal people are incarcerated at ten times the national rate, have an unemployment rate nearly double the national average, and have higher homicide, infant mortality, and high school dropout rates, often as a result of intergenerational trauma from the residential school system (remember that century of institutionalized child abuse?).

There’s also the ever-increasing number of missing and murdered Indigenous women and girls. Half of all foster children in Canada are Aboriginal even though they only make up four per cent of the population. Suicide rates are five to seven times higher for First Nations youth than for non-Aboriginal youth, and as high as 11 times higher for Inuit youth.

Aboriginal populations often receive inadequate health care, housing, clean drinking water and food, and First Nations children on reserves are believed to receive 30 per cent less educational funding than children under provincial jurisdiction. Yet a survey of Canadians found that a large portion still think Indigenous people are the greatest barrier to their own social and economic equality, and receive special treatment from the government.

Ideally, Canada Day should be a celebration of freedom, prosperity and equality, yet many people in Canada still don’t have these things. Instead, Canada Day glosses over the country’s history of oppression against Indigenous people and other “minority” cultures. If you’re celebrating Canada Day this year, remember to think about how experiences are varied across this country, and not all of them are positive. 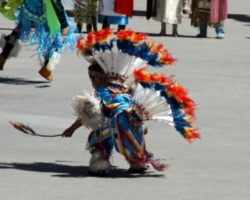 150 years of oppression and all we get is a day? 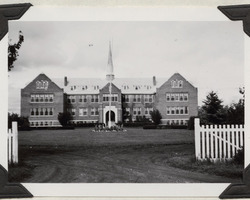 Looking back on the anniversary of the TRC

On June 2, 2015, the Truth and Reconciliation Commission released its list of 94 calls to action 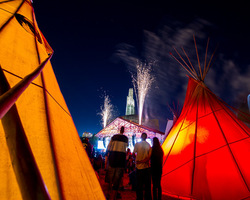 Should National Aboriginal Day be a statutory holiday?