Back in the 1970s and 80s, the Firth twins were champions. They were pioneers and made history in sports.

Members of the Gwich'in First Nation who had grown up in Inuvik, NWT, Sharon and Shirley Firth represented Canada at four Winter Olympic Games from 1972 to 1984 in cross-country skiing. 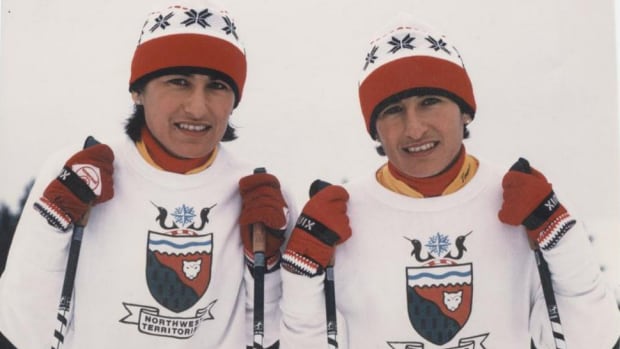 And now the two have been recognized for their hard work in Canada’s Sports Hall of Fame. They were inducted earlier this week.

Shirley died of cancer two years ago, but Sharon attended the induction ceremony and spoke to CBC’s Carol Off on As It Happens about the recognition and how bittersweet it is without her twin.

"We had a really good connection,” Sharon said. “Because, number one, we came from one egg, and everything life we did together. I'm very happy to be sharing [the honour]. And I know that all we had to do was give one another a look and we knew what we had to do.”

Listen to the entire interview here: