The room, open to all students and staff at Notre Dame High School, is the brainchild of former principal Bonnie Campbell and came about from the work of Native studies teacher Alanna Trines and guidance counsellor Kate McGarrity-Fournier.

"Its origins are in First Nations community circles, where people would come together and share their voice and concerns and be respected," McGarrity-Fournier told CBC News.

Trines noted that if there’s a specific conflict in the school, they can refer it to the room for restorative practices in conflict resolution.

"We'll be able to have any student that's involved in a conflict sit in a circle, and we'll be able to resolve that conflict in a restorative practices type of way,” she said. 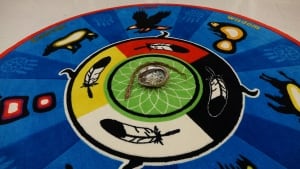 “When I first came here I didn’t really see anyone or hear anybody that was First Nations and I thought me being the only one they wouldn’t have anything like this for one person,” she said.

“So having this now is a really cool opportunity for me.” 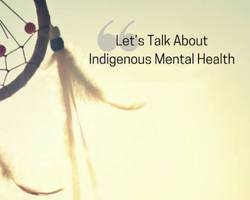 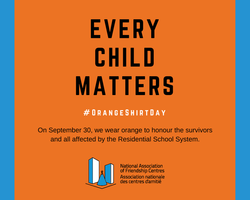 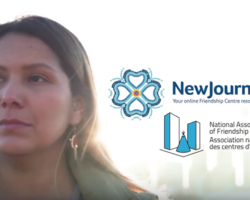