It goes without saying that the world’s on the internet now. This world, though, still  isn’t a completely safe place for women. According to a UN report released recently, three quarters of women and girls have experienced some kind of cyber violence.

Soraya Chemaly, writer and director of the Speech Project, told Anna Maria Tremonti on CBC Radio’s the Current that violence women experience online, much like violence experienced offline, is often perpetrated by acquaintances, although this isn’t so much the case for journalists, or other women with public profiles.

Women in the public eye, including Anita Sarkeesian and Amanda Hess, are no strangers to this kind of abuse.

Listen to the full segment on the Current here.

How can we combat cybermisogyny? Is it up to governments to enact laws or do we need to work within our communities and change values and systems of oppression close to home? 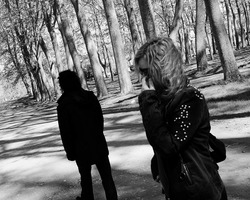