Get to know an Indigenous Youth Champion from the St. John's Native Friendship Centre
Share This

Adriana Pack is a 22-year-old Youth Champion from the St. John’s Native Friendship Centre in St. John’s, Newfoundland and Labrador. She exhibits strong leadership skills, volunteerism, and is a positive role model in her community! Originally from Miawpukek First Nations reserve in Newfoundland, Adriana is currently in her 4th year at the Memorial University of Newfoundland Centre for Nursing Studies. She works as a Coordinator of Aboriginal Community Research with the MUN Faculty of Medicine, Division of Bioethics and Humanity.

When asked about her role as a youth leader in addressing violence against Indigenous women and young girls Adriana stated, “As a youth, my role is to advocate for a safe space for women and girls to access in the event of violence and discuss. As well, I can spread awareness of this issue and advocate for change.” 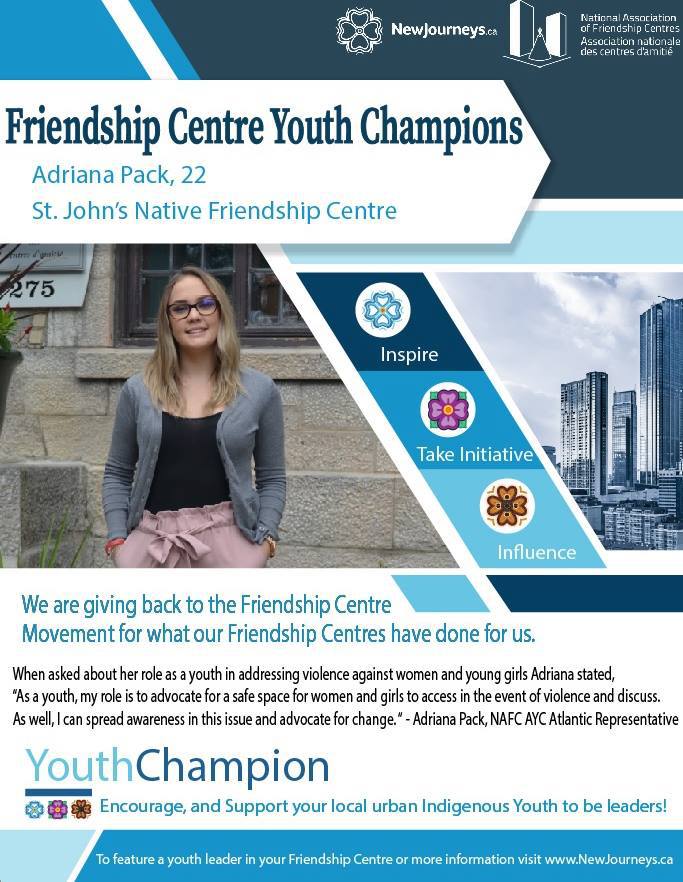 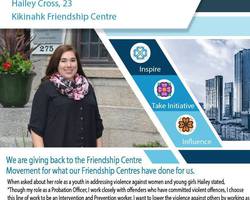