Renee Wilson is a 24-year-old Youth Champion from the Vancouver Aboriginal Friendship Centre in Vancouver, British Columbia. She exhibits strong leadership skills, volunteerism, and is a positive role model in her community! Renee is from the Gitxsan Nation and moved to Vancouver, BC in high school where she began volunteering at the Vancouver Aboriginal Friendship Centre and continues to do so in her spare time.

She graduated with a diploma in Family & Community Counselling and is currently working toward achieving a Bachelor’s degree in Social Work. She has completed the Duke of Edinburgh Program, the worlds leading youth achievement awards program.

When asked about her role as a youth leader in addressing violence against Indigenous women and girls Renee stated, “I believe that the first step is to talk about it. By talking about it we are bringing more attention to the issue. More people are coming to the realization that violence against women and children aren’t just caused by men and that’s by talking about gender.” 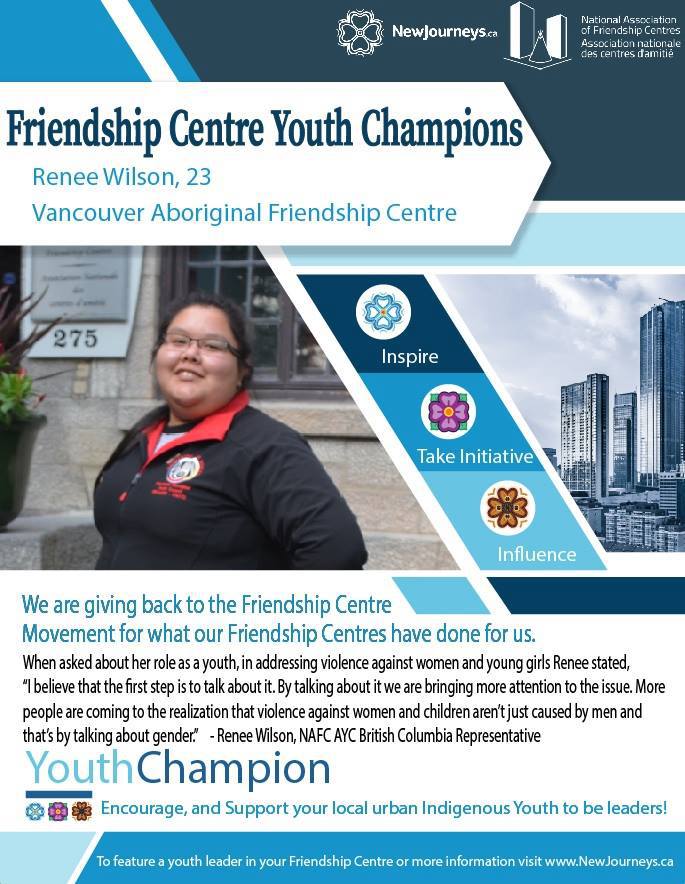