we remember and honour their service, sacrifices, and contributions in war and peacekeeping operations.
Share This

Today is Indigenous Veterans day, and we remember and honour their service, sacrifices, and contributions in war and peacekeeping operations.

More than 7,000 First Nations members served in the First and Second World Wars and the Korean War, and an unknown number of Inuit, Métis and other Indigenous people also participated. One Veterans group estimates that 12,000 Indigenous men and women served in the three wars. They saw and endured hardship and served with honor and distinction in all branches of the service and every rank appointment from Private to Brigadier. They fought overseas to defend the sovereignty and liberty of allied nations, in addition to supporting the cause at home and many who didn’t see their homeland again. Their dedication continues in global peacekeeping operations.

Today we remember their heroic acts, take the time to honor their earned decorations for bravery and wear a poppy to make that tribute known publicly. Some members of our community wear a beaded poppy to specifically remember the Indigenous Veterans and humbled by the magnitude of their sacrifice and inspired by the depths of their resolve.

Indigenous Veterans Day is commemorated on today, November 8. Indigenous people in Canada have reason to be proud of their wartime contributions.

The following are a few profiles of veterans and their contributions to the Friendship Centre movement:

Andy George of Smithers was Canadian war veteran and a man with a long involvement in the Dze L Kan’t Friendship Centre. He became active with the Centre out of a desire to "do something constructive" especially in the area of education.

Andy was particularly concerned that young people finish school, take advantage of apprenticeship programs and try to break down the educational barriers holding Aboriginal people back. He supported youth in getting ahead and combatting discrimination but he also reminded the youth to remember where they came from.

Norbert Thomas (Tom) Eagle was born on June 6, 1932, at Ohskaning (Waterhen) Ojibway First Nation in Manitoba and passed into the Spirit World on September 29, 2009.

Tom is survived by his loving wife Muriel of 54 years; his daughters Bertha of Edmonton, Eleanor (Robert) of Lucca, Italy, and Margaret (Terry) of Peace River; his sons Brian and Raymond of Yellowknife. Tom is also remembered by his brother Jim (Cecilia) and Gilbert as well as his sister Rita and many nieces, nephews, and cousins from across Canada. He is lovingly remembered by his 10 grandchildren and six great-grandchildren.

At the age of 19, Tom enlisted in the Canadian Armed Forces. He served two tours of military duty with the North Atlantic Treaty Organization (NATO) in West Germany and the United Nations Peacekeeping Force in Cyprus.

In 1971, Tom was selected by the Canadian Armed Forces to transfer to Yellowknife. Jumping at the opportunity, Tom accepted and moved his family to Yellowknife where he was to have a profound affect over the city and the Northwest Territories for the next 38 years. He was best known locally for his involvement with the Tree of Peace Friendship Centre where he was the Executive Director twice from 1979 to 1984 and again from 1986 to 2002. He dedicated a great portion of his time to the Tree of Peace Friendship Centre activities from the staff to Senate level and especially to realizing his vision of the current facility.

With the transfer to Yellowknife, one of Tom’s military responsibilities was to establish Cadet Units in Iqaluit, Yellowknife, Hay River, Fort Smith, Fort Simpson, Inuvik and Whitehorse, Yukon. During his military career, Tom occupied many positions as an instructor, administrator, manager, supervisor and communications. These responsibilities were discharged without supervision. Accordingly, the military provided Tom with an abundance of schooling in leadership and management.

After 25 years of service, Tom retired from the military with the rank of Sergeant. Having found his “home” in Yellowknife, he embarked on a civilian journey – never forgetting his military background.

Tom worked for Commissioner Stu Hodgson for five years, enjoying the work and extensive travel throughout the north. Tom fondly remembered working for Commission Hodgson, not because of the work itself, but because it gave him an opportunity to visit every community across the Arctic. He established numerous friendships, including most of the Aboriginal leaders today.

Mr. Eagle also worked for the Government of NWT for several years. His accomplishments included helping set up the NWT Housing Corporation, assisting with the political development of the First Nations’ and Metis people and helping youth to become organized.

Tom received recognition and many awards for his community work. In 2007, he was awarded the Veteran Affairs Commendation and appointed a Life Time Member of the Cadet League of Canada. He received a citation from the Government of Canada for Citizenship for his contribution towards community work (1990) and was appointed by the Federal Government’s Privy Council as the first Citizenship Judge for the NWT. He also received the Queen’s Jubilee Medal (1976) and the Canadian Forces Decoration (1963).

Before retiring from the Tree of Peace Friendship Centre in 2002, one outstanding goal remained. Tom convinced the City of Yellowknife to set aside land on 49th Street so the Friendship Centre could be re-built into a bigger facility. He was also behind the push to rename 49th Avenue by city hall and the Joint Task Force North headquarters as Veterans Memorial Drive which was accomplished in 2005.

Tom’s involvement with Veterans much like his work with Friendship Centres was vast. He fought long and hard over the years for recognition of the contributions and sacrifices made by Aboriginal veterans. In 2006, he called upon the Federal Government to apologize for the discriminatory treatment endured by Aboriginal soldiers returning home from war.

Tom and his wife Muriel joined Aboriginal veterans and their families on a journey to France and Belgium to call home the spirits of Aboriginal people who made the ultimate sacrifice in the First and Second World Wars.

For those that had the divine blessing of meeting and knowing Tom, we will always remember him for his storytelling and conversation skills. He enjoyed meeting people and listening to their stories. Through his travels, work, volunteer activities and family, Tom forged many long lasting friendships and will be forever missed. He was a devoted husband, father, warrior, leader, Elder, and friend. We will miss him dearly.

National Aboriginal Day is celebrated each year on June 21, while

Aboriginal Veterans Day is commemorated on today, November 8. Indigenous people in Canada have reason to be proud of their wartime contributions. More than 7,000 First Nations members served in the First and Second World Wars and the Korean War, and an unknown number of Inuit, Métis and other Indigenous people also participated.

One Veterans group estimates that 12,000 Indigenous men and women served in the three wars.

Today, we remember and honour all who have served, as many are within our Friendship Centre movement.

Details: Riverton & District Friendship Centre and the Unified Veterans of Manitoba will hold their yearly Remembering and Recognizing Veterans and All Those Who Served on 8 November at the Riverton Community Hall & Recreation Centre, 175 Reggie Leach Drive. Doors Open at 9:00 am. Everyone is Welcome to Attend. If you wish to place a wreath please contact the Friendship Centre to register: 204-378-2800 Following the Greetings and Wreath Laying Ceremony there will be the placement of wreaths and flowers at the Aboriginal Veterans Memorial for those interested.

Please Join us in Celebrating All Our Veterans! 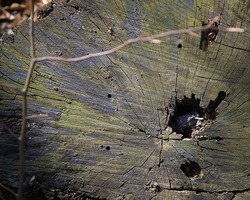 Reclaiming the sacred relationship between Elders and Youth 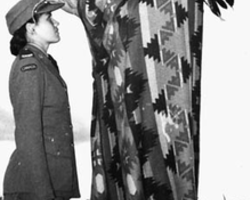