A store in Winnipeg is facing some serious backlash after mistakenly selling children’s costumes styled after Aboriginal themes.

Someone posted pictures of the costumes on Facebook, and backlash erupted. What made things worse was that the clothing was tagged as “Rubbies,” which is an offensive term for someone who uses rubbing alcohol as a liquor substitute. 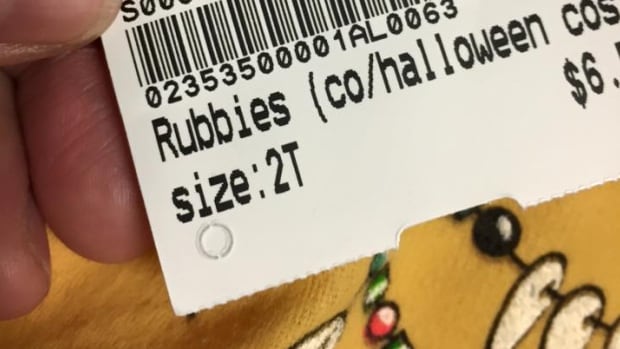 Dave Dunlop, the owner of ‘Once Upon a Child,’ said the costumes were a mistake.

"One costume brand name that we have here, it's called Rubies, it's R-U-B-I-E-S. Someone in Minneapolis, who knows how many decades ago, spelled it with two B's instead of one," Dunlop told CBC News.

"When I got to work this morning I talked to one of my friends who is Native and we talked about it. He explained it to me. What a rubbie was and I was like, 'Oh are you kidding me.' So it was just a coincidence – an unfortunate one," he said.

According to a CBC story on the incident, Dunlop and his wife Christina have pulled the costumes off the store’s floor.

“It's unfortunate that this happened, but we're trying to do our best to make it right and fix the problem,” he said, adding that he’s told staff not to display any costumes that could be considered offensive.

Rachel Lyon, who is First Nations and shared photos of the costumes on Facebook, said she was shocked and hurt to see the items in the story and that racism is an ongoing issue in Winnipeg.

"That's a traditional dress or clothing we wear. We don't wear it to go out trick-or-treating. We wear it to powwows," she said. "It's only for occasions where you go to a powwow and dance. It's to celebrate who you are. It's nothing to wear for a Halloween costume. It's just horrible."

What do you think?