Light and fight: two sides of the Indigenous experience

Writer and musician Leanne Betasamosake Simpson's latest album is a powerful collection of story-songs. The album looks at Indigenous resistance, anticolonial anger and deep love of the land and Indigeneity. It looks at the face that, while Indigenous people are often seen as tragic characters, there's also so much strenght and beauty in being Indigenous.

Simpson spoke to New Journeys about f(l)ight, how she works with non-Indigenous artists, what the recording process was like and what message she wants listeners to take away from the songs.

Listen to the whole album via bandcamp.com.

The name of your new album connotes tension–fight vs. flight. What tension or tensions are you speaking of?

The name of the album is a combination of the words fight and light, and when combined they make the word "flight." The combination of fight and light speaks to my experience as a Mississauga Nishnaabeg living in 2016—there are beautiful things about my nation and my culture and my being—the light; and we are forced to live in an occupied state, violently dispossessed of most of our lands. The fight speaks to resistance and resurgence. I like the idea of flight because I like the idea of escaping into Nishnaabewin—the thinking and action that builds alternative Indigenous worlds.

You worked with a number of different artists on this album. How do you approach collaborative work?

My practice is relational because relationships are very important to Nishnaabeg. I like to build layers into my work by working with artists with different practices than my own to deepen meaning. Collaboration is about relationship building for me. It is about community building.  There is a community of people that build f(l)ight that didn't exist before.

The musicians that wrote and performed the music—Tara Williamson, Ansley Simpson, Cris Derksen, Nick Ferrio, James Bunton and Jonas Bonnetta are the foundation of this record. It would not exist without their musical talent and artistic brilliance. I am extremely lucky to be surrounded by their generosity and vision.

I have also commissioned 5 music videos from Indigenous filmmakers that will be released in the coming months as well as a way of building a visual element into the work. The first one is “How to Steal a Canoe” by Métis filmmaker Amanda Strong. The second video is by Dene filmmaker Amos Scott for “This Accident of Being Lost.”

Was there a learning process for artists you worked with who aren’t Indigenous?

For sure. My work is political and it was important to me that the non-Indigenous artists understood what I was trying to execute and the context within which Indigenous art and music exists.

We recorded most of the album during a very hot week in the summer of 2015 in Toronto. The recording experience for me was about trust—trusting the producer Jonas Bonnetta, trusting the sound engineer James Bunton and trusting the other musicians. It was an intense and wonderful experience.

Where did you do field recordings and what was that like?

We did the field recordings of the minomiin in my backyard, the recordings of the sugar bush at Elder Doug Williams’ home on Curve Lake First Nation and we recorded the Crowe River at a place called The Gut near Apsley, Ontario. It was wonderful to hear the rice, the bush and the river sing on my album. It was pretty important to take Jonas and James to these places in my territory that were so important to me in writing the lyrics in the first place. That was a crucial part of the process for me actually.

What do you want listeners to take away from the album when they listen to it? What messages? 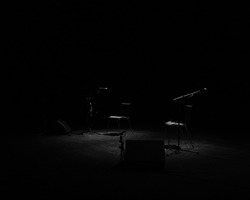 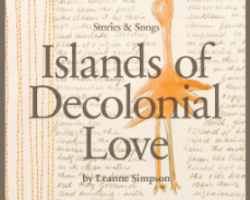 Simpson and Williamson's set ends with 'Leaks' and 'Ishpadina' 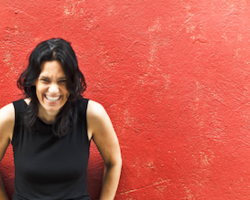