'Enter the James Ray 5K to be chased by Native American reenactors.' Wait, what???
Share This

Officials organizing the “James Ray 5K Indian Attack” race in Harrodsburg, Kentucky have removed all Native references from the 5K run after news of the “redface race” spread online.

The race in Kentucky, on Aug. 15 this year, would have featured people dressed up to look Native, in redface and Indigenous clothing, chasing runners (in apparent attempts to “attack” them) to the finish line. The yearly race is named after General James Ray, an American politician from the 1800s who supported the expansion of the United States and Native American removal.

A screenshot of this year's registration form, courtesty of the CBC: 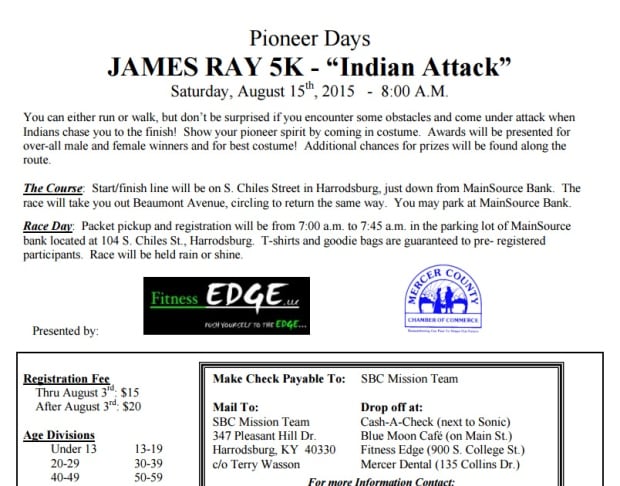 News of the run picked up when a local Kentucky paper published “Enter the James Ray 5K to be chased by Native American reenactors” online earlier this week.

According to the story, the idea to have Native reenactors chase runners was devised last year to make the event "unique from other races.” Last year's poster looked like this: 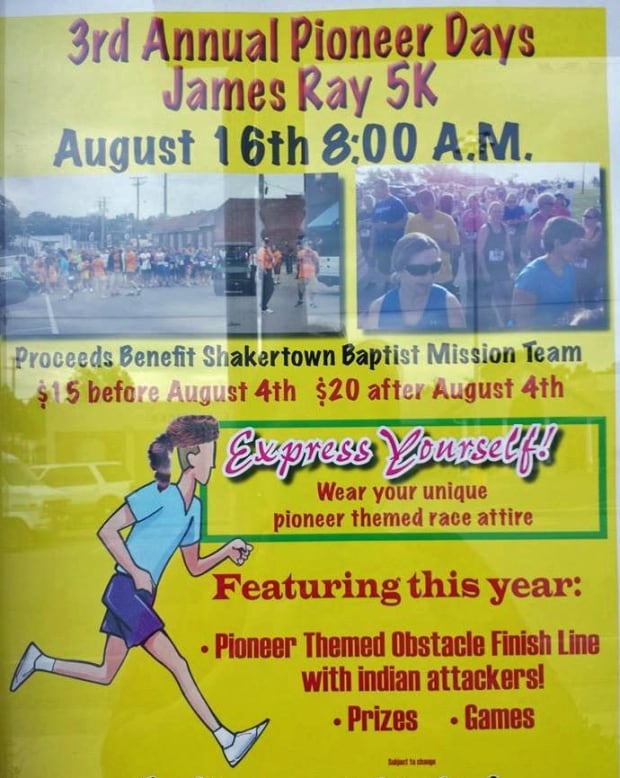 “We’re getting set up for this again,” race director Terry Wasson said in the news story. “The (American Indians reenactors) will chase runners, and it seemed to be something that everybody really enjoyed last year. It was a big hit and came off as unique as we had hoped it would.”

She added that there would also be a “fort” at the finish line for runners to flee to, “to help portray what it was like for James Ray.”

Facing backlash — for painting (no pun intended) Native people as attackers and aggressors and just being blatantly inappropriate — the Mercer Chamber of Commerce and Pioneer Days Festival Committee decided to remove all Native American references from the event.

“All sponsors of any event held in conjunction with Pioneer Days has been reviewed and asked to remove all references to Native Americans in its print and internet media."