The story of the Métis sash

The sash is one of the most recognizable symbol of the Métis people.

These days, the sash is mostly used ceremonially, as decoration and to show pride in Métis heritage—worn around the waist or over the shoulder—but the beautiful, bright piece of clothing has a very rich history.

The sash wasn’t only, or originally, used by the Métis. Voyageurs—French Canadians who engaged in the fur trade and travelled by canoe—used a similar kind of sash called un ceinture fleche (Assomption sash) as they paddled west, which were later adopted by the Métis.

Along with being hand-woven pieces of art, sashes had practical uses serving as trumplines, first aid kits, ropes, washcloths, towels and saddle blankets. The ends of sashes could even function as emergency sewing kits.

There are few different meanings for the sash’s bright colours.

Other organizations say the red and blue stand for the two Métis flags: the blue infinity flag signifying Scottish and French heritage and the red infinity flag some say was for hunting.

Today, groups like the Manitoba Métis Federation and the BC Métis Nation award the Order of the Sash to individuals who do important work to support Métis citizens. 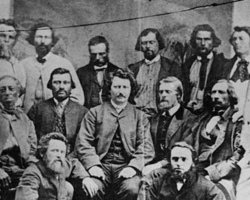 An online learning tool highlights the contribution of Louis Riel, the Métis people and the Legislative Assembly of Assiniboia 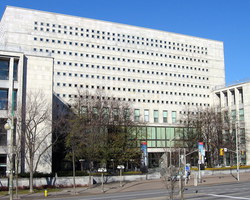