'Towards my own disaster'

As I learned how to become a functional working alcoholic and drug addict, where I would work all day, and party every night, I started turning to people around me for support, as I tried with many unsuccessful attempts of treatment centres, detoxification centres, counseling and never really knowing how I was holding down my job, my residence and my sanity. All I knew at this time was that I was going into an early grave with no remorse of what I was doing to myself or to the people around me and how and what they were feeling from my actions. It was at this point I began searching for the family I thought I had lost throughout my struggles. 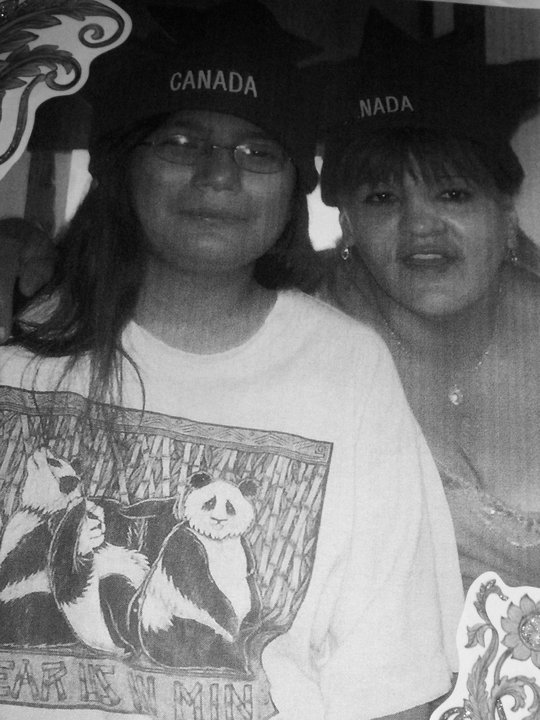 Kelly with her friend Saraphine, before moving to Winnipeg.

Shortly after my 30th birthday, I went and visited my older brother Kevin in Winnipeg, Manitoba. When I arrived, we started talking about our mother along with the events and circumstances that changed our lives and the direction our lives took. We both knew we had lost a great deal in our lives and both of us had to change drastically to heal ourselves and move towards a path of healing. It was during this visit that I decided I needed a change in my life, and before I knew it, I was packed and moving to Winnipeg two days later to begin a new life, still not knowing where I was going. Once again, I soon noticed that I began to seek out people who were also alcoholics and drug addicts.

New to the city and not knowing the dangers around me, I found this new life exciting and unfamiliar and was in awe with my surroundings. Since I had no income or a place to stay in Winnipeg, I began to seek employment at a call centre and moved into a rooming house, trying to survive on my last paycheck from Ontario. Soon after my move to the city, my brother and I began to argue over the past and what happened to us. I noticed I still had a lot of anger within me that I never dealt with, but somehow managed to stuff it down so I didn’t feel it or it did not affect my everyday life. Not knowing, I was headed towards my own disaster.

The first part of her story can be found here. Stay tuned for parts 3 and 4 on A4W Live.