'My dream is to use music as a tool to talk about indigenous issues,' says singer Ali Fontaine
Share This

Ali Fontaine is happy to be a mentor for young musicians.

The singer, who was named the best new artist and won in the best new country category at 2011 Aboriginal Peoples Choice Music Awards, performed during Aboriginal Music Week this month.

Her set took place at the Austin Street Festival stage, run by the North Point Douglas Women’s Centre, as part of free community celebrations during AMW in Winnipeg in an effort to bring more young people out to see live music. 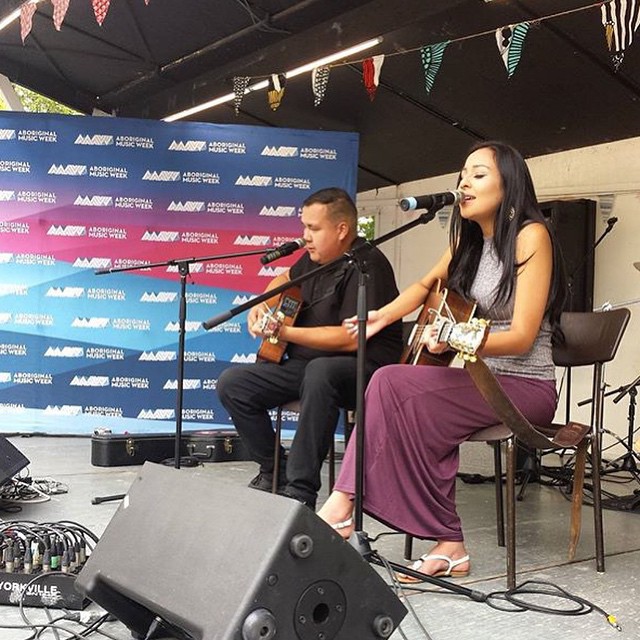 "My dream is to use music as a tool to talk about indigenous issues," Fontaine, who hails from Sagkeeng First Nation, told the CBC. She served as a mentor for kids during the festival.

"I started off when I was really young, and I always wished I had a mentor like that," she said. "A lot of the kids are really creative, and it was really awesome to see what they came up with."

Did you make it out to any shows during Aboriginal Music Week?