Chris Derksen is a Juno-nominated cellist and composer. She blends her classical training and her Aboriginal ancestry to create unique music and a new genre called orchestral powwow. Derksen has worked with the likes of Kinnie Starr and Tanya Tagaq and has toured in support of other artists and performing her own music at festivals around the world.

Sarain Carson-Fox is an Anishinaabe dancer, choreographer and actress who’s appeared in a number of music videos, including A Tribe Called Red’s Sisters. Carson-Fox is also a spokesperson for her Aboriginal community and works to tell the stories of her community and help open doors for youth through art.

For the Basement Revue on December 18, 2014, Derksen and Carson-Fox collaborated on a powerful, wordless piece. Watch an introduction from Jason Collett and Damian Rogers and the performance itself above. 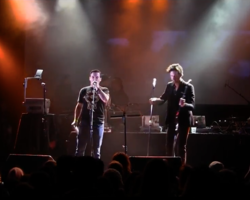 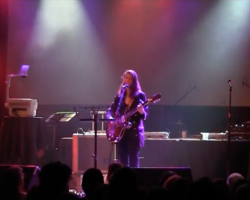