The Muskrat Falls debate isn't over but after a tense conflict is heading in the right direction, says Andrea Andersen
Share This

After almost two weeks of occupation, with arrests and hunger strikes, some believe the conversation around the Muskrat Falls conflict are finally going in the right direction.

Andrea Andersen, an Inuit woman from Makkovik, Labrador and the youth representative on the National Association of Friendship Centre’s board, was in the thick of the action at Muskrat Falls. She says the conclusion of the Muskrat Falls conflict after a meeting between the Newfoundland and Labrador government and Indigenous leaders, while a long time coming, was positive.

Andersen told New Journeys that she got involved with the occupation because there was so much public concern about the risk of high methylmercury levels and because the provincial government and Nalcor didn’t seem interested in responding to these concerns.

“I wanted to make sure that something was done about this situation and that it was done in the right way.”

WHAT WAS THE CONFLICT ABOUT?

The Muskrat Falls hydroelectric dam project is located about 30 km from Happy Valley-Goose Bay in Labrador, owned by Nalcor Energy and the province of Newfoundland and Labrador. There have been rumblings of opposition, worries about the site’s infrastructure for example, since the project began. Even the current CEO of Nalcor doesn’t believe the project should have been started in the first place. More recently, the threat of rising and risky levels of toxic methylmercury had Indigenous groups and members of the local community concerned. 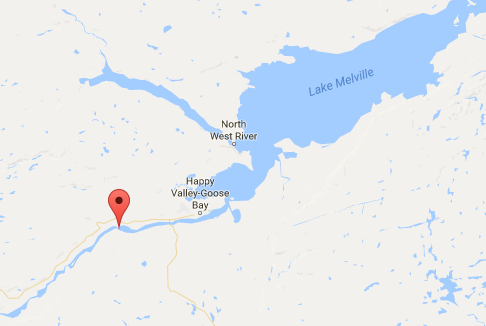 The next step in the project is flooding a reservoir for the dam. Vegetation and topsoil contain mercury and with flooding release methylmercury. Many in the community were worried about wildlife in the area—fish, for example—being contaminated by methylmercury at higher levels than what’s safe to consume.

“What kind of really made people angry was that the government stated that ‘well if the levels are so high, people can no longer consume those types of wildlife, then we’ll just compensate the Aboriginal people who live there,’” Andersen said.

“And that’s not what people wanted. They didn’t want monetary compensation for not being able to hunt and fish on traditional land. They wanted to be able to practice that lifestyle.”

There’s a simple solution: clearing the land of plants and soil would greatly reduce the risk of higher levels of methylmercury in the environment.

HOW DID THE OCCUPATION COME TOGETHER?

There were small rallies at first and a few protests outside of the minister of the environment’s office. Then on the weekend flooding was meant to take place in October, there was a larger protest with a couple hundred people on the site of the dam. But some in the crowd decided these protests weren’t effective enough and that they needed to halt work at Muskrat Falls until they could get the ear of Nalcor and the provincial government, Andersen said.

“So the next morning there were 10 of us who went right to the main gate and blocked the gate and prevented hundreds of people going in to work.”

She added that it was the first time in history that the three Indigenous groups in Labrador, the Innu Nation, the Nunatsiavut government and the NunatuKavut community council, had worked together and that during the days hundreds of people showed up to show their support.

One issue Andersen pointed out, which she said many people involved raised, was a lack of leadership from the federal government. Many think Ottawa could have made an effort to resolve the conflict.

“Muskrat Falls was a clear example of where [Prime Minister Justin Trudeau] could have shown the people of Canada that yes, I’m standing up to my word about creating a better nation to nation relationship,” Andersen said.

Eventually Premier Dwight Ball sat down with Inuit leaders for an 11-hour meeting after which the government agreed to measures to resolve key issues with the project, including further independent assessment of the project, a special committee to look into ways to reduce methylmercury contamination and consideration of more clearing of the Muskrat Falls reservoir.

There’s a lot of work still to be done, though, to untangle the complicated logistical knot of moving the project forward.

But Andersen believes there are some good things about the process and that it’s a step in the right direction.

“I mean, you’re not going to please everyone with this,” she added. “It’s already too far anyway to discontinue the project. The damage is already done, and so we just want it done in a way that everyone is on the same page.” 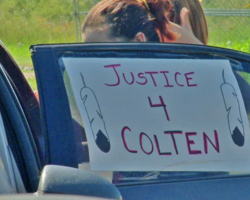 Indigenous people and their allies need to confront the uneducated opinions that lead to the racism we’ve seen in the prairies, writes Nickita Longman 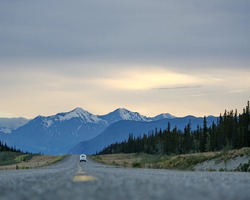 Travelling with the Justice for the Peace Caravan 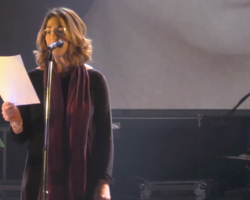 Laboucan-McLean died in 2013, after falling 31 storeys from a condo building in Toronto