#TBT: Elijah Harper and the collapse of the Meech Lake Accord 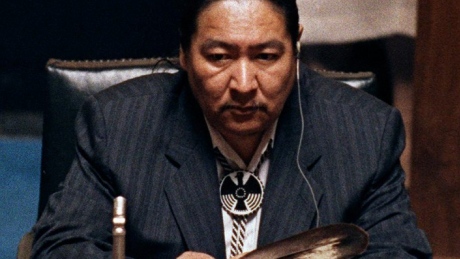 Elijah Harper was many things: a residential school survivor, a chief, a researcher and consultant—a politician, at times a controversial one—and a provincial cabinet minister. But what made him a national newsmaker in 1990 was a simple act of holding up an eagle feather in dissent of the Meech Lake Accord. On that day Harper changed Canadian history.

Harper’s political life had ups and downs—he lost a cabinet position after a drunk driving accident, but he was reappointed to cabinet a few months later—he also had financial and marriage troubles. But he turned things around when the Meech Lake Accord became a national issue.

The Accord was initially supported by many Canadians, but over the course of a few years opposition grew and grew—particularly from federalists (the Accord would weaken federal powers) and Aboriginal groups.

To be ratified, the Accord needed support from the Canadian legislature and the legislatures of each province within three years. Harper initiated procedural delays in the Manitoba legislature on June 22, 1990—the last day the Accord could be ratified—and ran out the clock to have the Meech Lake Accord approved in all provinces.

“I was opposed to the Meech Lake Accord because we weren't included in the Constitution. We were to recognize Quebec as a distinct society, whereas we as Aboriginal people were completely left out,” Harper said.

“We were the First Peoples here—First Nations of Canada—we were the ones that made treaties with the settlers that came from Europe,” he added. “These settler people and their governments didn't recognize us as a Nation, as a government and that is why we opposed the Meech Lake Accord.” 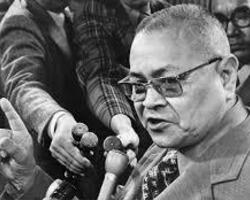 #TBT: Frank Calder is elected to British Columbia’s legislature in 1949