Voting is a basic right all Canadians over the age of 18 have. But for a long time, First Nations people in this country could not legally cast a ballot.

In 1867, at the time of Canadian Confederation, First Nations people were given the option to vote if they gave up their treaty rights and Indian status.

It took almost 100 years for full enfranchisement to be granted to Indigenous people, when voting rights (without giving up treaty rights or status) were extended to them in 1960. 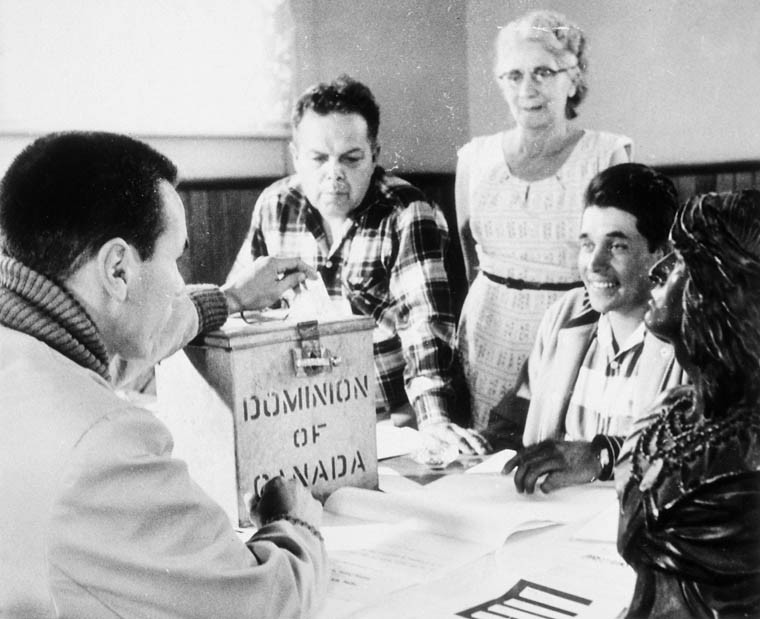 The change was a long time coming. Decades and almost generations before that year, there were recommendations to offer the right to vote to Indigenous people, to no success. Many First Nations men had served World War II for Canada, without the full rights of Canadian citizenship. And in 1948 a parliamentary committee recommended that voting rights be extended to all Indigenous people in Canada. But it wasn’t until 1960, under the leadership of Prime Minister John Diefenbaker, that rules were changed to make this recommendation a reality.

Although voting—either municipally, provincially/territorially or federally—is a basic right, it’s also a contentious issue for many Indigenous people who feel Canada does not recognize their own Indigenous nation. Why participate in a political process for a country that you don’t call your own?

These are legitimate concerns, but it’s important to remember that decisions made in capital cities across the country, whether it’s Regina or Victoria or Halifax or Ottawa, have an impact on those who live within Canadian borders.