It’s no secret that the relationship between churches and Indigenous people in Canada has been complicated and difficult. Many churches, though, have embraced the spirit of reconciliation and are responding to the Truth and Reconciliation Commission’s calls to action.

Many churches, too, have offered formal apologies to Indigenous people for running residential schools and playing a significant part in destroying cultures, languages, families and communities.

In 1994 the Presbyterian Church in Canada confessed its role in the residential school system.

“We acknowledge that the stated policy of the Government of Canada was to assimilate Aboriginal peoples to the dominant culture, and that The Presbyterian Church in Canada co-operated in this policy,” the confession reads.

“We acknowledge that the roots of the harm we have done are found in the attitudes and values of western European colonialism, and the assumption that what was not yet moulded in our image was to be discovered and exploited. As part of that policy we, with other churches, encouraged the government to ban some important spiritual practices through which Aboriginal peoples experienced the presence of the creator God. For the Church’s complicity in this policy we ask forgiveness.”

The full confession from 1994 is available online. Learn more about the Presbyterian Church’s healing and reconciliation efforts here. 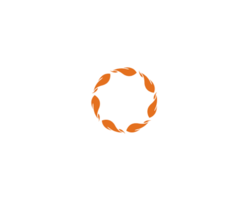