On June 11, 2008 Prime Minister Stephen Harper delivered the long-awaited apology for residential schools run by the federal government, with survivors and other Indigenous delegates in attendance. It was a rare and truly heartfelt moment in the House of Commons.

“On behalf of the Government of Canada and all Canadians, I stand before you, in this Chamber so central to our life as a country, to apologize to Aboriginal peoples for Canada's role in the Indian Residential Schools system,” the prime minister said.

The apology came about after a Liberal MP, Gary Merasty, put forward a motion calling for the House of Commons to apologize to residential school survivors and after late NDP leader Jack Layton put pressure on the government to issue the apology sooner rather than later. 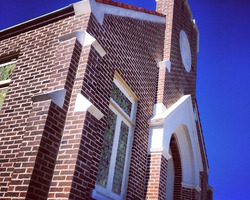